Champion Management was initially formed in 2002 as a sports and entertainment marketing agency focused primarily on the management of world-class athletes and entertainers. One of our first big success stories was placing Hulk Hogan in the ubiquitous 10-10-220 campaign, which led to additional work securing lucrative sponsorships and endorsements for athletes in such diverse arenas as professional football, bowling, boxing, motocross, drag racing and bass fishing. In 2004, the agency expanded its portfolio of services in order to deliver the same outstanding results to Corporate America that our celebrity clients had come to rely upon. Since that time, Champion has transformed into one of the most respected boutique marketing and PR firms in the Southwest.

In 2008, we were selected to be the exclusive marketing agency for the planned “Jackson Family Reunion Tour,” which was to feature Michael, his brothers and his sisters on one stage for the very first time. Sadly, that dream ended with Michael’s tragic passing.

In 2011, Champion’s founder, Ladd Biro, partnered with Eric Spiritas, a fellow entrepreneur and business development ace. Since then, the agency has experienced exponential growth, with a significant focus on restaurants and other retail brands. In 2019, O’Dwyer’s ranked Champion as the 16th-largest Food & Beverage PR Agency in the USA, and the 3rd-largest overall in the State of Texas.

Today, Champion’s team boasts more than 200 years of collective experience working with and for some of the nation’s most successful corporations and not-for-profit enterprises. Our talented professionals cut their marketing, branding and PR teeth on some of the most recognizable brands in the world, including American Airlines, ChevronTexaco, Coca-Cola, Dickey’s Barbecue and Reliant Energy.

THE STORY OF IRIS 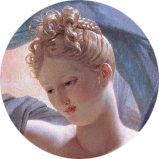 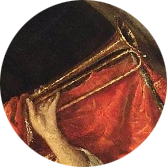 The logo, inspired by mythology, depicts Iris – Messenger of the Gods.
This divine messenger was said to travel with the
speed of the wind from one end of the world to the other.
Also known as the link between gods and humanity.
Iris creates a solid foundation for Champion,
Which prides itself on linking its clients to their customers
with unwavering speed and accuracy.

Ok, Ok…we may be a little competitive. We play to win. Whether that means developing creative brand campaigns, landing a national morning show or taking a start-up to stardom, we’re in it to win it. We are fierce in the fight for our client’s goals, break a sweat bringing home the bacon and there’s no challenge we can’t punch in the proverbial face.

Although we were recently referred to as “the fastest growing PR firm in the restaurant industry,” our Clients span a wide array of industries, including foodservice, event production, high tech, hospitality, sports and entertainment, commercial equipment and not-for-profits.

Let us show you how we can help your brand break through the clutter, delivering your message to its intended audience with a potent combination of strategic planning, innovative ideas and flawless execution.

Let us Champion your story

Our passion and energy define us. Our professionalism guides us. We will never give cause for our integrity to be questioned. Mutual client and team respect is essential.

No Jerks or Junk

We do not discriminate on race, religion, sexuality or disability. We do, however, have a firm 'no jerks allowed' policy. We also won't represent a client whose products or services we don't believe in or that are detrimental to the good of society.

We will be nimble. We will be quick. But above all else, we will strive for best-in-class quality in everything we do. Our ultimate goal is to become an indispensable partner to our clients.

Individual wins are team wins. Individual losses are team losses. We are nothing without the talented individuals on our team, and we are committed to rewarding their outstanding performance, teamwork and loyalty.

We take our work very seriously, but not ourselves. If we can't have fun while working, we're not doing it right.